Investigating the lifelong effects of early life stress on health

Stress experienced in the early stages of life – from pregnancy to adolescence – is common and pervasive, affecting up to 75% of pregnant women (and the unborn baby) and nearly 50% of children, with long term consequences for development and health. The EarlyCause project will study the hypothesis that early life stress (ELS), a well-established risk factor for depressive, cardiovascular and metabolic disorders individually, is a cause of multi-morbidity in these disorders. 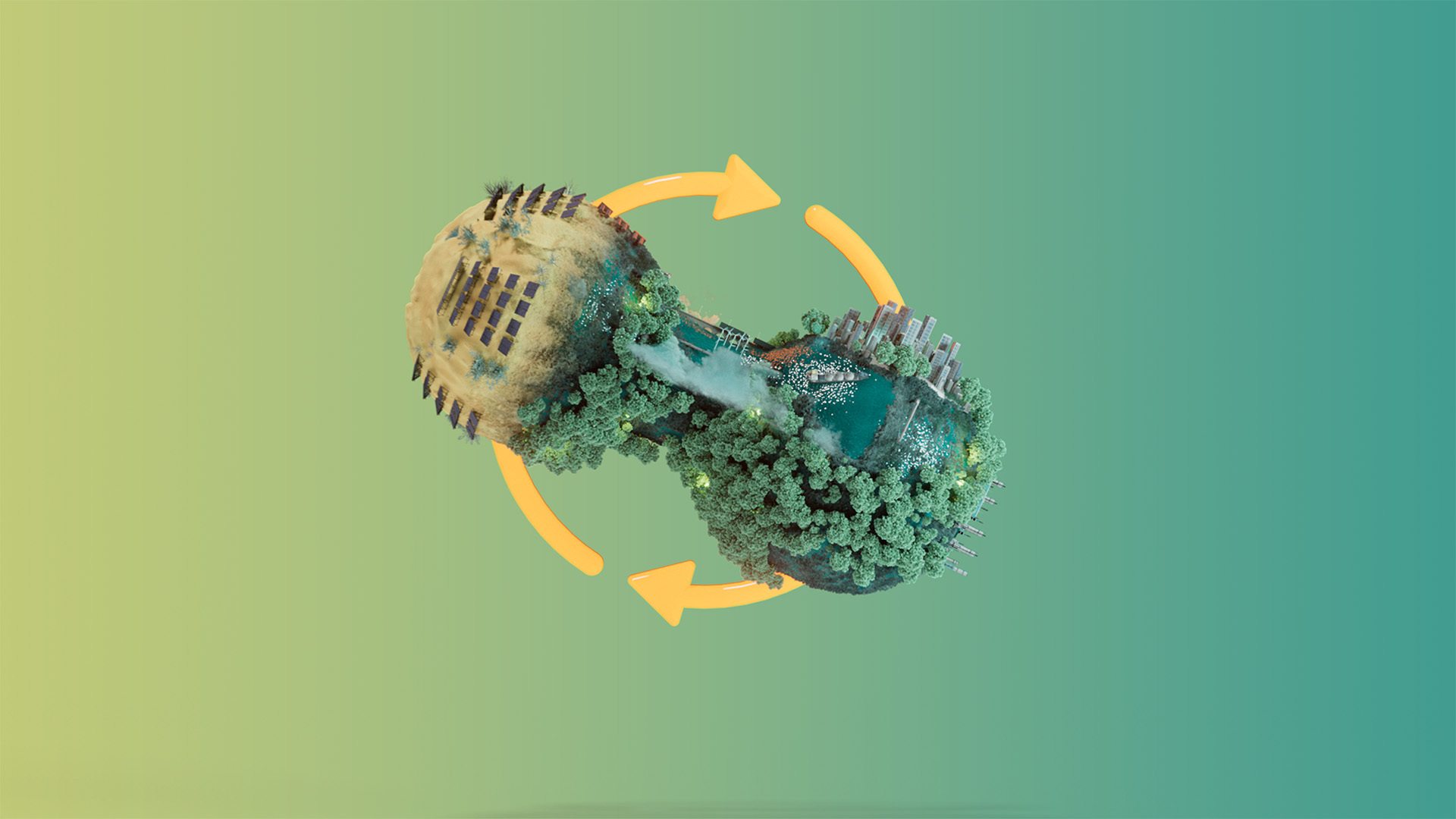 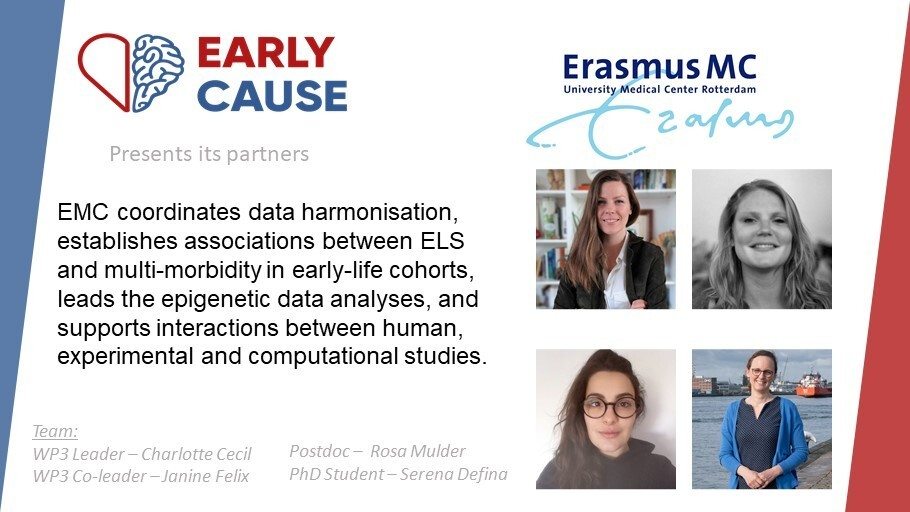 Get to know the team and work of EarlyCause partner EMC 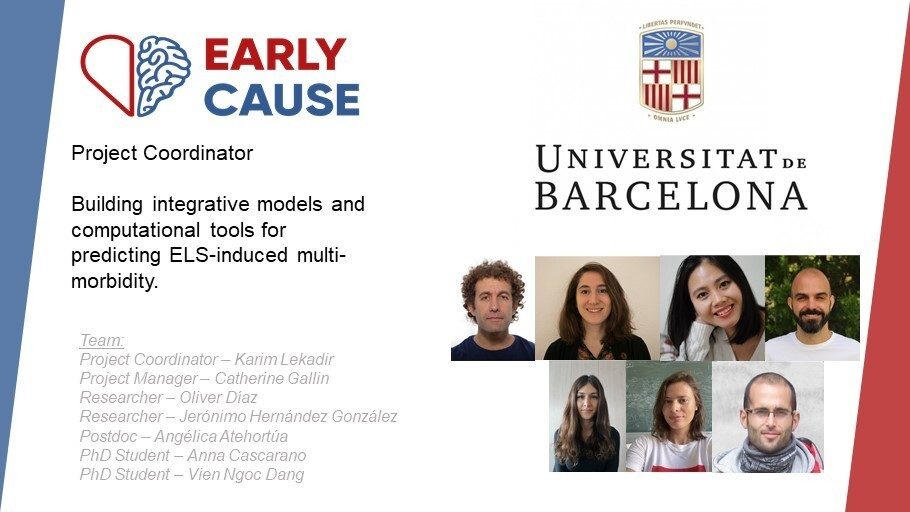 EarlyCause Presents the University of Barcelona 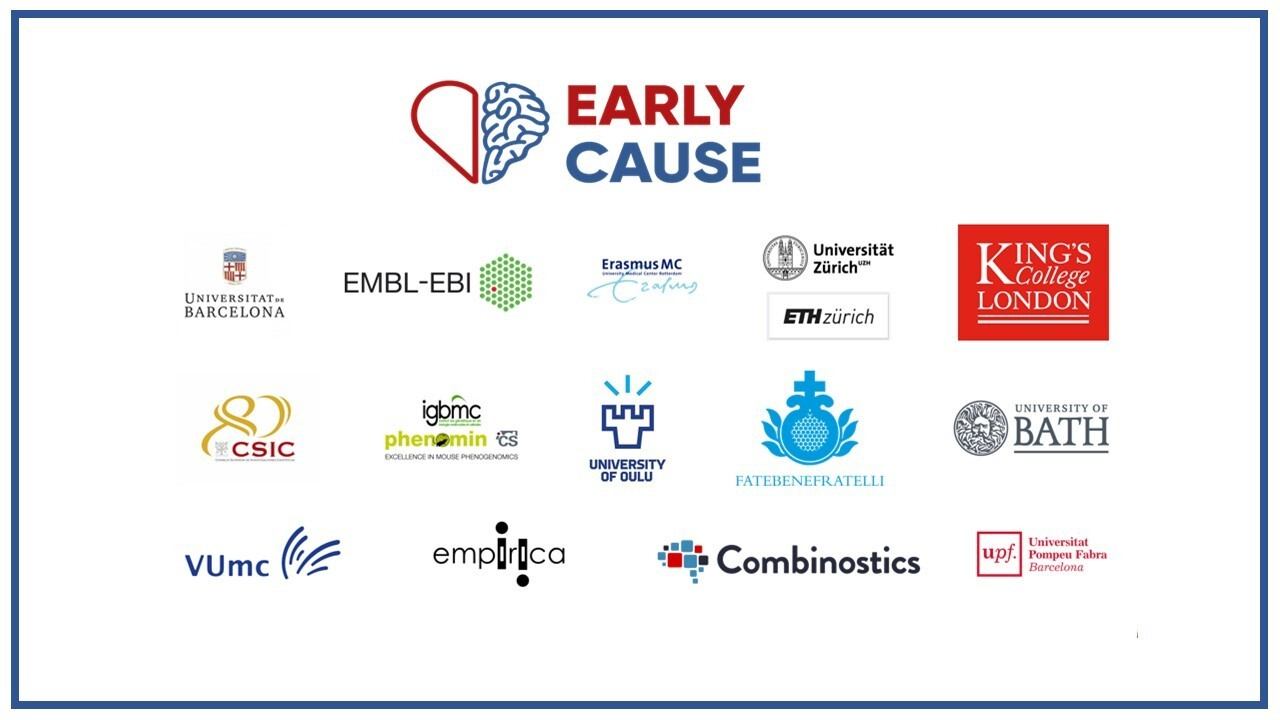 Over the coming weeks, we will be introducing each of our 14 consortium member partners, so you can learn a little more in depth about what each partner does as part of the EarlyCause project. 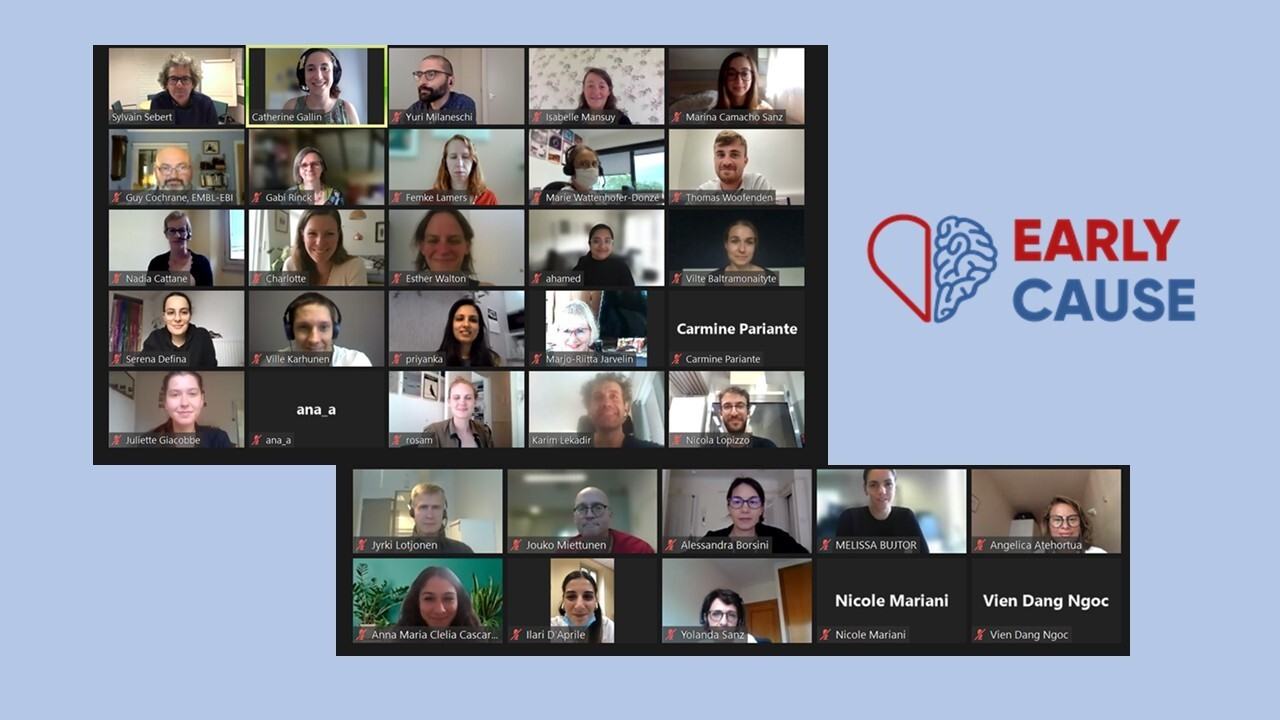 EarlyCause holds its third consortium meeting on September 15 and 16, 2021. 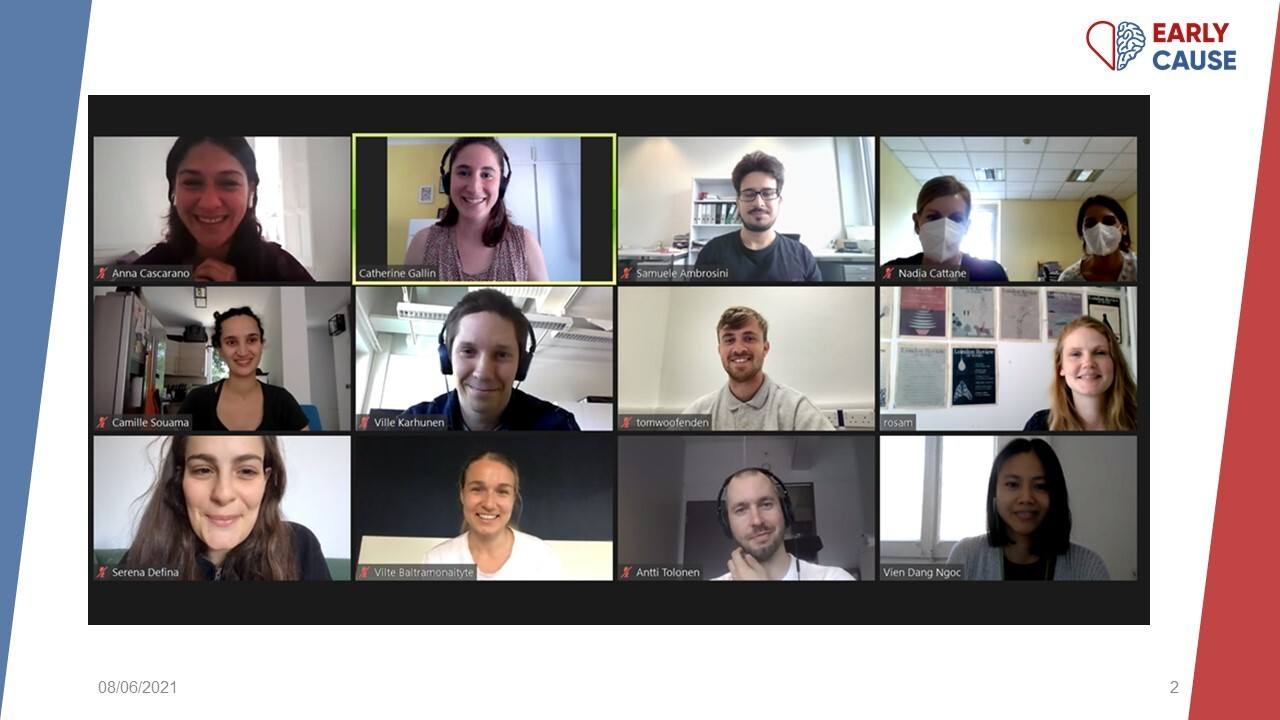 Read about the EarlyCause project on the InSPIre the Mind blog 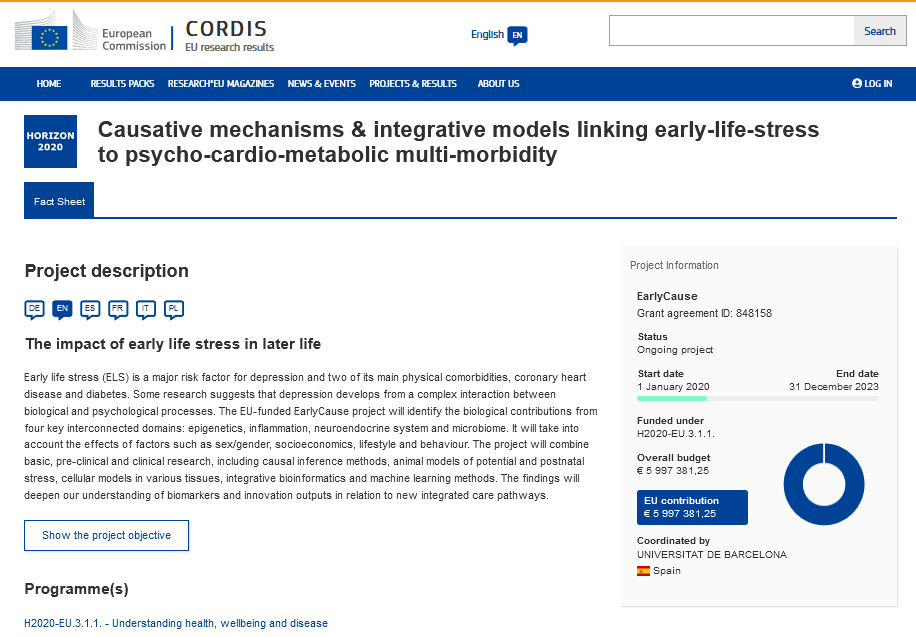 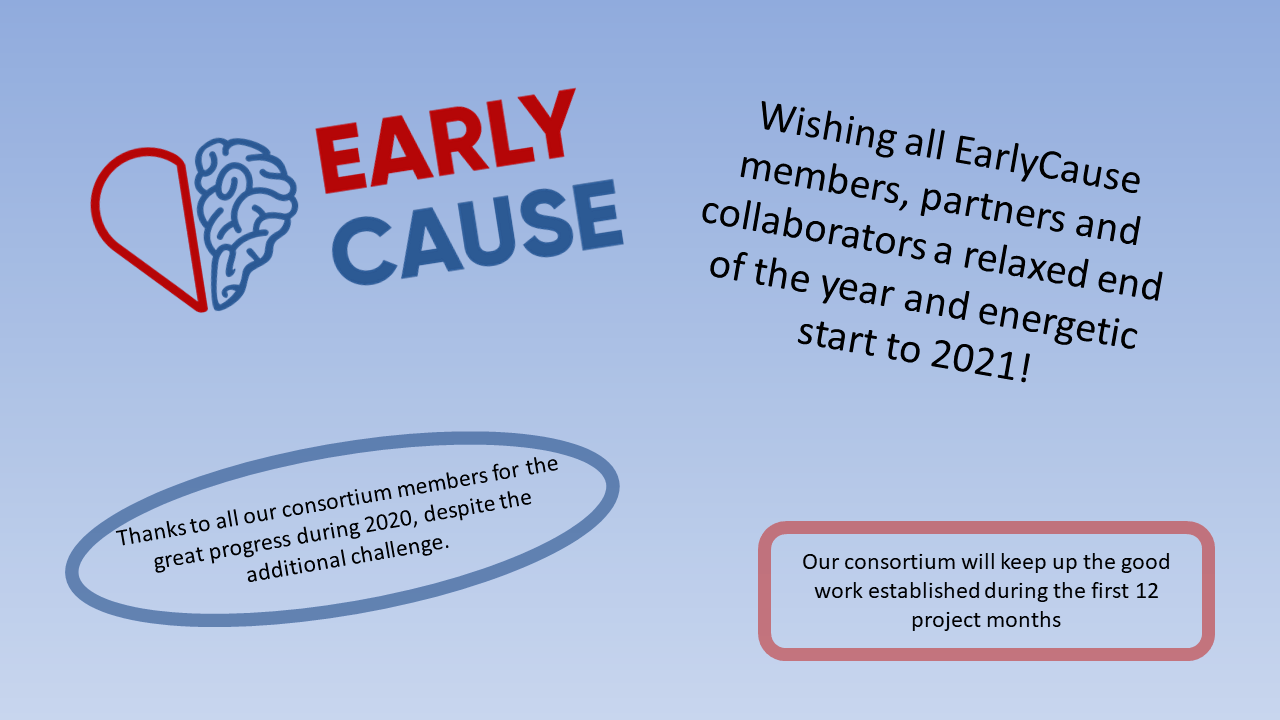 Happy Holidays from and to the EarlyCause Team! 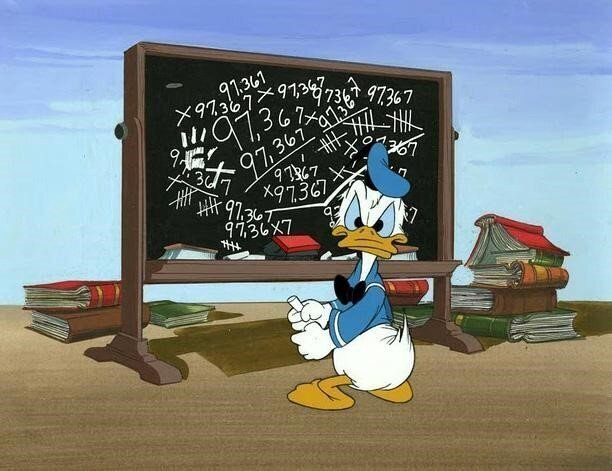 Read a blog post, written by Karim Lekadir, EarlyCause's Project Coordinator and published by our project partners, KCL, on their blog, InspireTheMind. 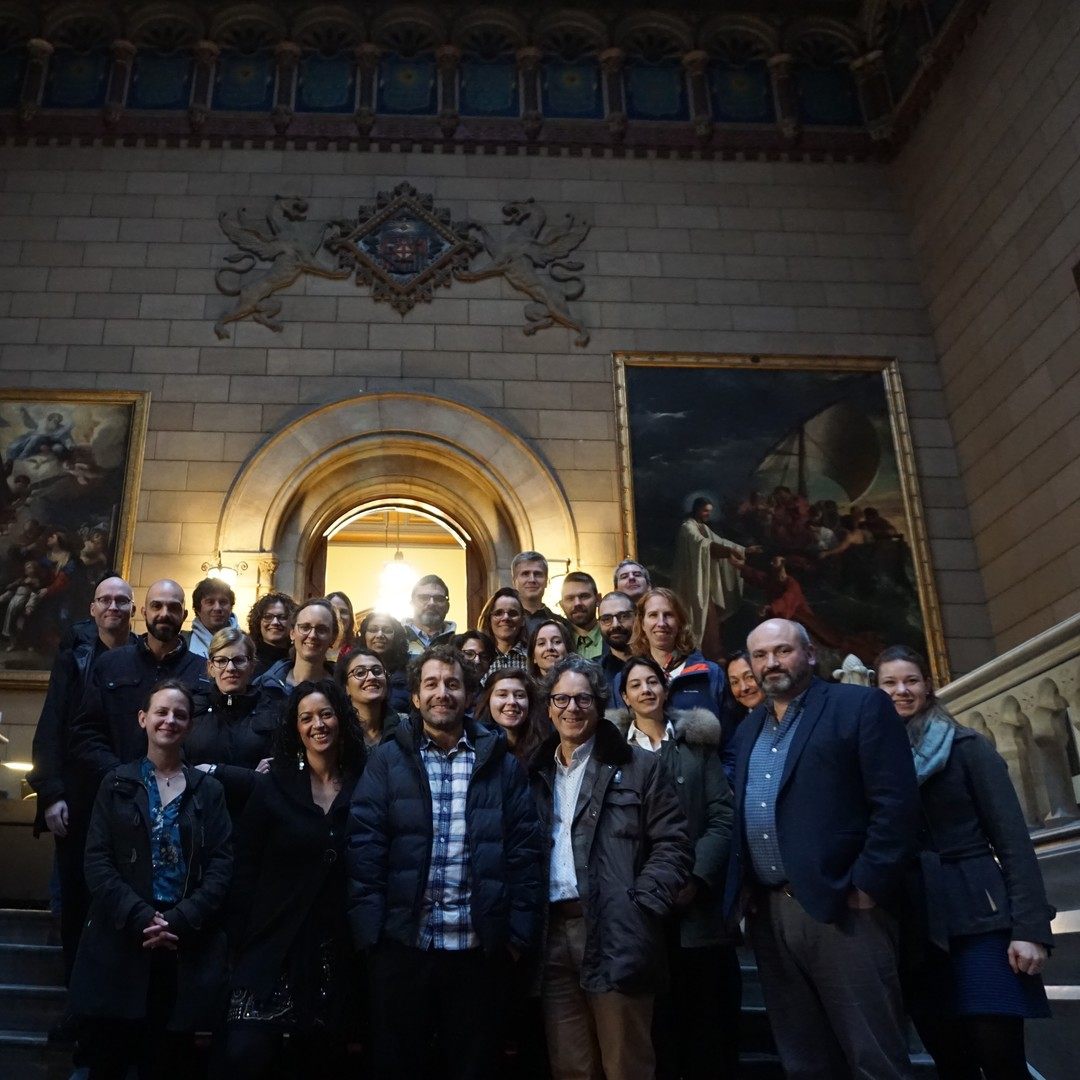 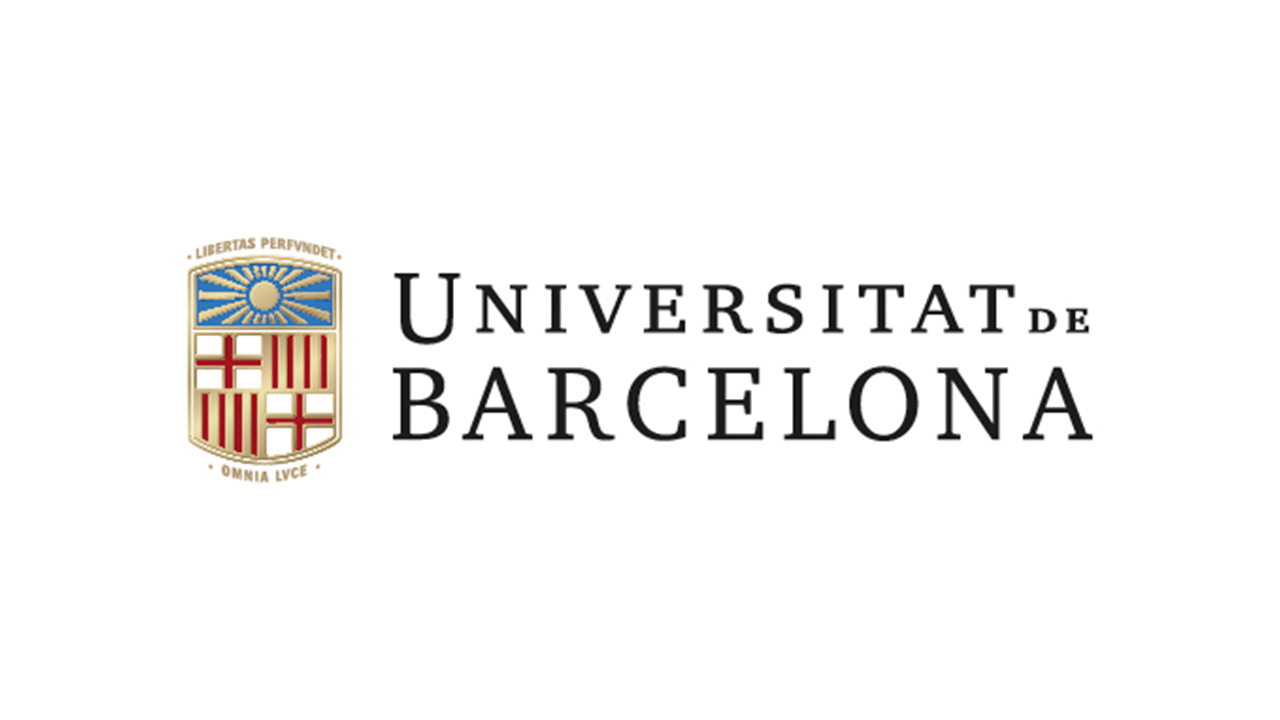 Epigenome-wide change and variation in DNA methylation in childhood: Trajectories from birth to late adolescence

Mulder RH, Neumann A, Cecil CAM, Walton E, Houtepen LC, Simpkin AJ, Rijlaarsdam J, Heijmans BT, Gaunt TR, Felix JF, Jaddoe VWV, Bakermans-Kranenburg MJ, Tiemeier H, Relton CL, van IJzendoorn MH, Suderman M
DNA methylation (DNAm) is known to play a pivotal role in childhood health and development, but a comprehensive characterization of genome-wide DNAm trajectories across this age period is currently lacking. We have therefore performed a series of epigenome-wide association studies in 5019 blood samples collected at multiple time-points from birth to late adolescence from 2348 participants of two large independent cohorts.
DNAm profiles of autosomal CpG sites (CpGs) were generated using the Illumina Infinium HumanMethylation450 BeadChip. Change over time was widespread, observed at over one-half (53%) of CpGs. In most cases DNAm was decreasing (36% of CpGs). Inter-individual variation in linear trajectories was similarly widespread (27% of CpGs). Evidence for nonlinear change and inter-individual variation in nonlinear trajectories was somewhat less common (11% and 8% of CpGs, respectively). Very little inter-individual variation in change was explained by sex differences (0.4% of CpGs) even though sex-specific DNAm was observed at 5% of CpGs. DNAm trajectories were distributed non-randomly across the genome. For example, CpGs with decreasing DNAm were enriched in gene bodies and enhancers and were annotated to genes enriched in immune-developmental functions. By contrast, CpGs with increasing DNAm were enriched in promoter regions and annotated to genes enriched in neurodevelopmental functions.
These findings depict a methylome undergoing widespread and often nonlinear change throughout childhood. They support a developmental role for DNA methylation that extends beyond birth into late adolescence and has implications for understanding life-long health and disease. DNAm trajectories can be visualized at http://epidelta.mrcieu.ac.uk.
Read the Article

Background
Accumulating evidence links paternal adiposity in the periconceptional period to offspring health outcomes. DNA methylation has been proposed as a mediating mechanism, but very few studies have explored this possibility in humans.
Methods
In the Pregnancy And Childhood Epigenetics (PACE) consortium, we conducted a meta-analysis of coordinated epigenome-wide association studies (EWAS) of paternal prenatal body mass index (BMI) (with and without adjustment for maternal BMI) in relation to DNA methylation in offspring blood at birth (13 data sets; total n = 4894) and in childhood (6 data sets; total n = 1982).
Results
We found little evidence of an association at either time point: at all CpGs, the false-discovery-rate-adjusted P-values were >0.05. In secondary sex-stratified analyses, we found just four CpGs for which there was robust evidence of an association in female offspring. To compare our findings to those of other studies, we conducted a systematic review, which identified seven studies, including five candidate gene studies showing associations between paternal BMI/obesity and offspring or sperm DNA methylation at imprinted regions. However, in our own study, we found very little evidence of enrichment for imprinted genes.
Conclusion
Our findings do not support the hypothesis that paternal BMI around the time of pregnancy is associated with offspring-blood DNA methylation, even at imprinted regions.
Read the Article

Introduction
Depression, cardiovascular diseases and diabetes are among the major non-communicable diseases, leading to significant disability and mortality worldwide. These diseases may share environmental and genetic determinants associated with multimorbid patterns. Stressful early-life events are among the primary factors associated with the development of mental and physical diseases. However, possible causative mechanisms linking early life stress (ELS) with psycho-cardio-metabolic (PCM) multi-morbidity are not well understood. This prevents a full understanding of causal pathways towards the shared risk of these diseases and the development of coordinated preventive and therapeutic interventions.
Methods and analysis
This paper describes the study protocol for EarlyCause, a large-scale and inter-disciplinary research project funded by the European Union’s Horizon 2020 research and innovation programme. The project takes advantage of human longitudinal birth cohort data, animal studies and cellular models to test the hypothesis of shared mechanisms and molecular pathways by which ELS shapes an individual’s physical and mental health in adulthood. The study will research in detail how ELS converts into biological signals embedded simultaneously or sequentially in the brain, the cardiovascular and metabolic systems. The research will mainly focus on four biological processes including possible alterations of the epigenome, neuroendocrine system, inflammatome, and the gut microbiome. Life-course models will integrate the role of modifying factors as sex, socioeconomics, and lifestyle with the goal to better identify groups at risk as well as inform promising strategies to reverse the possible mechanisms and/or reduce the impact of ELS on multi-morbidity development in high-risk individuals. These strategies will help better manage the impact of multi-morbidity on human health and the associated risk.
Read the Article

van Steenwyk, Gretchen, and Isabelle M. Mansuy. "Epigenetics and the Impact of Early-Life Stress Across Generations." Stress: Genetics, Epigenetics and Genomics. Academic Press, 2020. 297-307.
Exposure to stress during prenatal and postnatal life can have severe consequences on cognitive, behavioral, and physiological functions in adulthood. Experimental evidence in animals and humans suggests that the hypothalamic–pituitary–adrenal (HPA) axis is involved. At a molecular level, stress exposure can modify epigenetic processes and factors such as DNA methylation, histone posttranslational modifications, and noncoding RNA, which in turn underlie physical manifestations of the stress response. In severe cases, stress can increase the risk for mental and physical diseases. While such effects are well documented in exposed people, numerous studies have also reported similar increased risk in their children or grandchildren, suggesting that the effects of exposure can be inherited. This type of inheritance is thought to involve epigenetic factors embedded in the germline that are altered in response to exposure and transmitted to the progeny by fertilization. Developing germ cells are particularly vulnerable to gestational and prepubertal stress exposure, and several lines of evidence in human and animal studies show that early-life stress can modify epigenetic factors in germ cells and transmit phenotypes to the offspring.
Read the Article

Impact of Parental Exposure on Offspring Health in Humans

Jawaid, Ali, Katherina-Lynn Jehle, and Isabelle M. Mansuy. "Impact of Parental Exposure on Offspring Health in Humans." Trends in Genetics (2020).
The possibility that parental life experiences and environmental exposures influence mental and physical health across generations is an important concept in biology and medicine. Evidence from animal models has established the existence of a non-genetic mode of inheritance. This form of heredity involves transmission of the effects of parental exposure to the offspring through epigenetic changes in the germline. Studying the mechanisms of epigenetic inheritance in humans is challenging because it is difficult to obtain multigeneration cohorts, to collect reproductive cells in exposed parents, and to exclude psychosocial and cultural confounders. Nonetheless, epidemiological studies in humans exposed to famine, stress/trauma, or toxicants have provided evidence that parental exposure can impact the health of descendants, in some cases, across several generations. A few studies have also started to reveal epigenetic changes in the periphery and sperm after certain exposures. This article reviews these studies and evaluates the current evidence for the potential contribution of epigenetic factors to heredity in humans. The challenges and limitations of this fundamental biological process, its implications, and its societal relevance are also discussed.
Read the Article
Show more